Global vs Local Variables: Differences You Need to Know 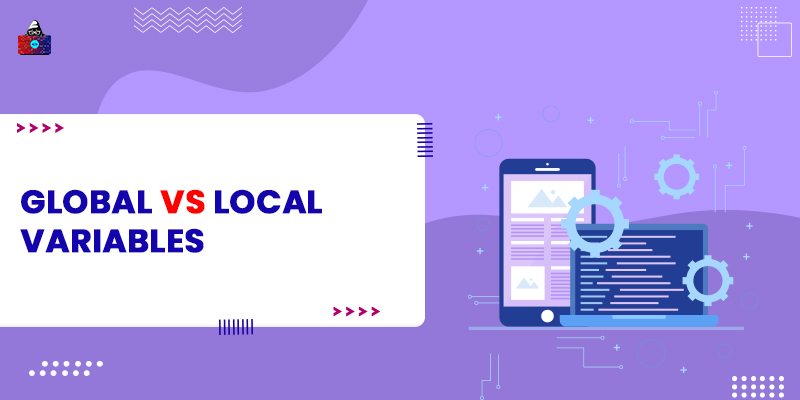 Scope of a Variable

All those variables that are defined inside a function block are considered as local variables. In programming languages like C, Python, C++, and Java, the theory for a local variable is the same. However, in some cases, a local variable in Python can show maverick behavior because Python is a dynamically-typed language.

One of the important characteristics of a local variable is that it is available within the function block in which it is declared. No other function would be able to access that variable. Also, when it comes to local variables, we can assign the same variable name to different data types across several functions and there would be no conflict.

As any function can access the global variable, the life cycle or scope of a global variable remains in existence until the end of the whole program. A global variable does not store in the stack memory, and it has its own memory region that is decided by the compiler .

Behind the code: In the above example, variable g is a global variable and v & l are local variables.

As a programmer, it is quite important for you to understand the difference between a local variable and a global variable. Also, you need to know about the scopes of both variables because it will help you decide which one to use at a particular instance within your code.

Mostly, programmers do not use global variables because they pollute the global namespace, which can result in big bugs as we can access these variables from any file and can modify them from anywhere.

When you use local variables in your program, it becomes easy to test, debug, and maintain that program. This is not the case in global variables. You have to be very careful because you don't know which function will modify global variables and when.

You should global variables only when multiple functions of your programs require access to the same data or writing to an object.