What is Docker Networking? 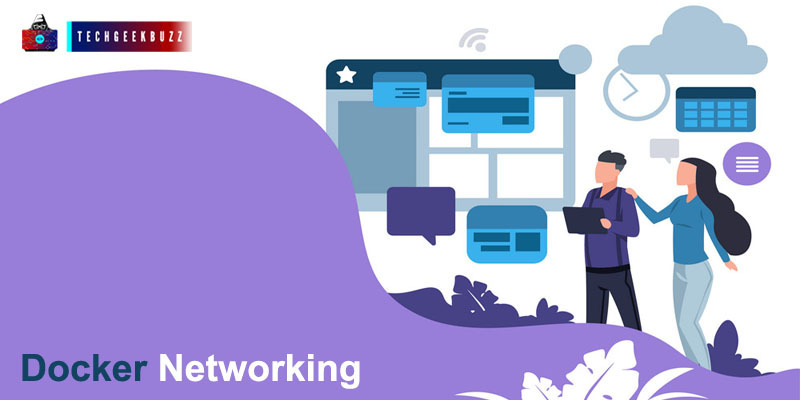 Docker achieves isolation of containers by using some of the Linux kernel features called cgroups and namespaces and applies them to containers. But what if we have multiple containers and we want them to communicate with each other. For instance, suppose we have a frontend app and a backend app along with a message queue which must be in sync with both the applications. This is where the concept of docker networking comes in.

One of the reasons why Docker containers and services are so robust is that we can link or connect them together to form a network and share the workloads. Docker containers and services do not really need to know whether they have been deployed on cloud or bare metal servers. It’s platform-independent and a single Docker network can contain nodes from the cloud, virtual machines, or servers running different operating systems . Docker networking can be defined as a channel for communication, through which isolated containers communicate, to perform certain actions and share information and data.

Some of the main goals to perform networking in Docker are -

Let’s discuss the most significant things of docker networking, the three pillars are the Container Networking Model (CNM), libnet or libnetwork, and the drivers. We’ll talk about each of them in great detail. The Container Network model is like a DNA for libnetwork and drivers, because they are built on the objectives of CNM. Libnetwork is an open-source library, The CNM model incorporates the steps necessary to network containers, thus offering an abstraction to accommodate many network drivers. The CNM model formalizes networking with containers to implement libnetwork. The APIs are used for creating/deleting address pools and for assignment/deallocation of IP containers, while network plugin APIs are used for network creation/deletion and for add/removal of network containers. CNM serves as an interface for these plugins since the network configuration needs a key-value pair. Let us list down the objects of the container network model.

The third important pillar is Network driver. There are mainly 5 types of drivers:

The docker network is the primary command for container network configuration and management.

The command output above illustrates how we can use the command along with all subcommands of the docker network. As we can see from the output, we can build new networks, list existing services, inspect networks and delete networks with the docker network command. It also enables us to attach containers from networks and disconnect them. To view the list of existing networks in the host, we can execute the below command.

In the output of the docker network ls command, the new networks that we build will also appear along with the default ones. Each network is provided with a unique ID and NAME. A single driver is often connected to every network. You will also see a swarm overlay network, which we will explain later on. The "bridge" and the "host" networks have the same name as their respective drivers. To view network configuration information, the docker network inspect command can be used. It displays specifics such as name, ID, driver, IPAM driver, info subnet, containers attached, etc. Let us inspect the bridge network using the docker network inspect command followed by network name:

This gives the output in a JSON format. We can also use the network ID instead of the network name, for inspect command. The docker info commands lists out all the available details about docker networking as well. 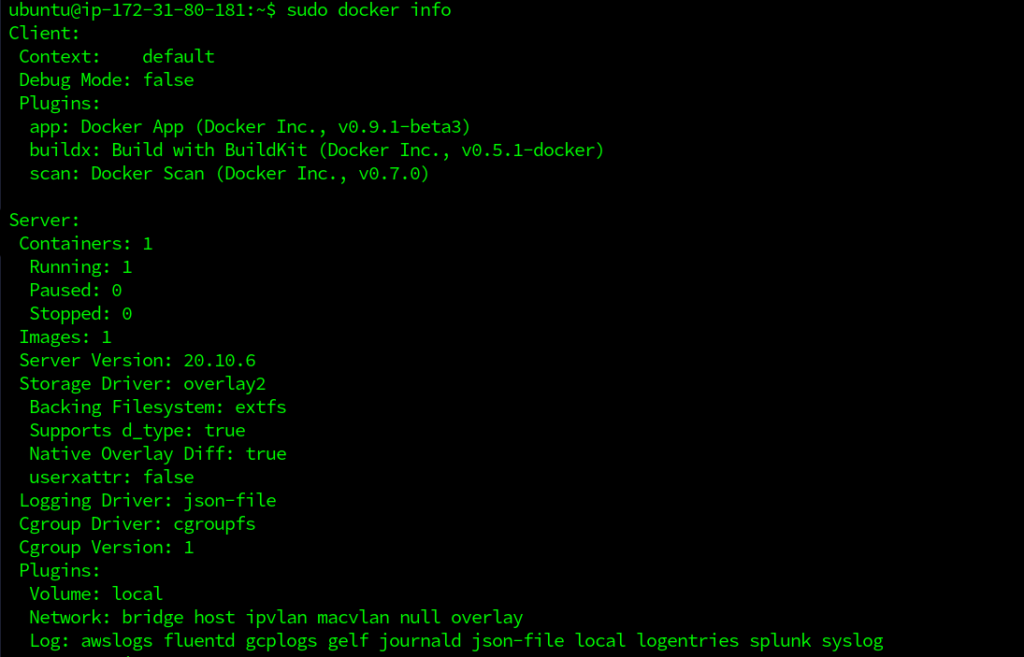 Now, let us use docker networking knowledge to create docker swarm mode for communication between nodes through a network. For this example, we will need two Linux machines or their instances on cloud. Here, we will be using AWS EC2 instances , one for the manager node and one for the worker node. We will create a multi-container application that will contain a web app running on one container and an MYSQL database on another, and these containers will be running on two different Linux machines or nodes or containers. And we need to connect them through a network in a swarm cluster. Also, we need to have docker installed on both these machines. Now that we have the idea, let’s get started.

The --advertise-addr flag configures the manager node as 172.31.80.181. The other nodes in the swarm must have access to the IP address of the manager. The output displays commands that can be used to attach new nodes to the swarm. Nodes will enter as managers or workers depending on the flag value.

This machine joins the swarm cluster as a worker node.

Here, myoverlaynetwork is the name and -d enables Docker Daemon to run in the detached mode.

The -p option is used for port forwarding and we are using an existing application from DockerHub.

As we can see, we have 2 services, one is the webapp and the other is the MySQL database.

The docker ps command is used to list the running containers. We can see our webapp is running in a container on our manager node. Now, we need to edit the servername and password in the index.php file for our webapp. To get into the webapp container, we need to use the exec command and open the nano editor to edit the file. $ sudo docker exec -it CONTAINER_ID bash Using this command, we will have access to the containers bash. Here, we can open the index.php file to edit. 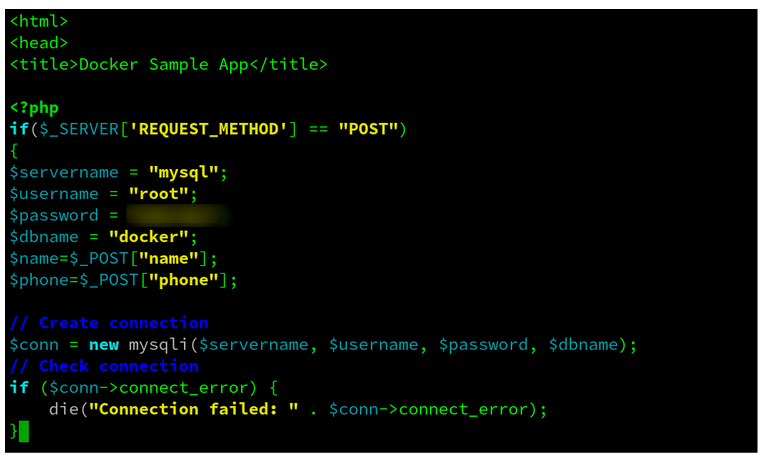 We need to change the credentials stated for our web app and db to work together. Make sure you use the same password.

We can use docker ps to get the container ID.

Use the password that you updated in the manager node inside the index.php file in the webapp container. Here, -u is a flag for username and -p for password. Now, we need to create Database and a table so that we can populate data inside them. To create a database (in mysql shell), we can use -

After creating the DB, we need to use this DB as our current Database, so, type -

To create a table and its definition, use the below commands in the mysql shell.

Now, exit the shell, and let's check if our webapp can populate this Database table. In the browser, navigate to the URL <IP_ADDRESS_OF_MANAGER>:8001/index.php If you are using an EC2 instance, make sure that you expose the port 8001, by changing the inbound and outbound rules. 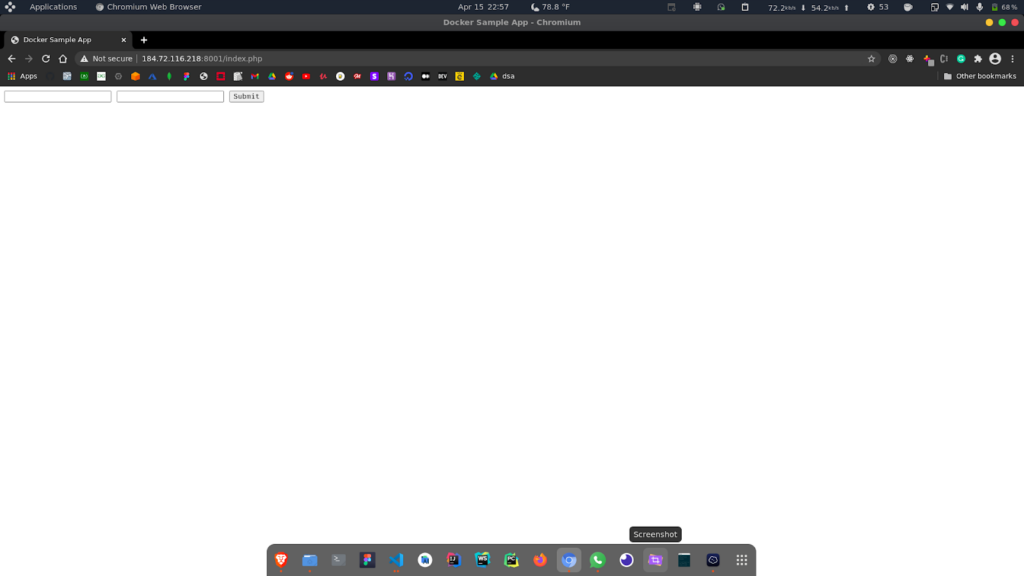 We will get this form. Here, we can enter details like course name and id and the database will be populated. Now, let us check the table in mysql. In the mysql shell in worker node, we can run the select command -

We have our database table populated, which means that our containers or nodes were successful in communicating through the network that we created.