What is Docker Hub? 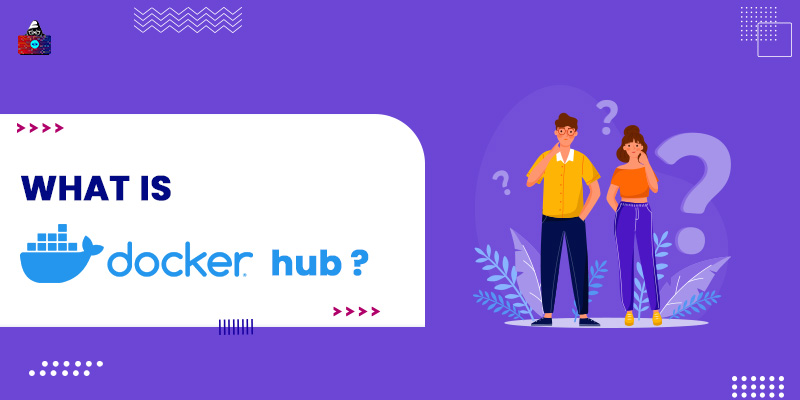 The official website of Docker Hub states that it is the world's easiest way to create, deliver, as well as manage container applications. Additionally, it is the largest community and library in the case of container images. Docker Hub gives you the liberty to browse around 100000 container images from open-source projects, software vendors, and the community. A big number, right? Through this article, we will help you get familiar with Docker Hub. But let us first tell you what a container means.

What is a Container?

A container is simply a standard unit of software that binds the code and all the dependencies together so that the application works properly. Besides, a containerized app can easily run in different environments. When we talk about a Docker container image, it is simply a lightweight and executable package that consists of various elements such as, runtime, code, system libraries, system tools, and other prominent settings. Usually, container images become containers during the runtime. Whereas, in Docker, the images become containers while they run on the Docker Engine. Regardless of the infrastructure, the containerized software always runs the same. Interestingly, the containerized software is available for both Windows-based and Linux applications. Containers can isolate the software from the surrounding environment. Moreover, they ensure that despite certain differences, as in the case of development and staging, the working is uniform. Now, you must understand the concept of Docker Engine.

What is Docker Engine?

Docker Engine is a containerization technology to build and containerize your applications. It is a client-server technology that runs and builds by using Docker’s services and components. There are abundant reasons that make Docker Engine a popular choice among users and are as follows:

Docker allows developers and operators to innovate their ideas. The Docker Engine is simply a concrete foundation for the Docker Enterprise Foundation.

In the case of the Docker Engine, it supports various varieties of applications, ranging from legacy to cloud-native and monolithic to 12-factor. Also, it works for multiple operating systems. Additionally, it is also validated to work with Kubernetes CRI.

BuildKit is an open-source tool. It takes the instruction set from the dockerfile and helps to build a specific docker image. To build such specific Docker images is a time-taking task. Hence, BuildKit helps in making it much faster, portable, as well as precise in working

Docker CLI is an easy and comfortable way to interface or interact with the Docker containers. It is a powerful medium for you to manage the container instances by executing various commands.

Docker was introduced in 2013. The technology is entirely unique as it understands the requirements of system operators and developers in order to detach application dependencies from the infrastructure. Also, it leverages existing computing concepts around containers. Due to the immense success of Docker containers in the Linux world, Docker collaborated with Microsoft. The collaboration resulted in bringing the Docker containers as well as their functionalities to the Windows Server. Here is a list of the key features of Docker containers:

As now you have developed a sound understanding of Docker containers as well as Docker Engine, let us tread ahead towards virtual machines. Virtual machines are simply an abstraction of physical hardware which turns a single server into multiple servers. Every virtual machine is inclusive of an entire copy of the application, an operating system, binaries, or libraries. This occupies a lot of storage. Well, why did we introduce you to VMs? Because when virtual machines and containers come together, it provides a great amount of flexibility in the management of apps.

With Docker Hub, you can comfortably deliver any application and make your app accessible to your team and push images as well. Also, it is quite easy to create and manage users and grant them access to the repositories. It is the world’s largest repository of container images which consists of several content sources such as open-source projects, container community developers, and ISVs (Independent Software Vendors). All these content sources help to build and distribute the code in containers. Docker hub is loaded with ample features. Let’s analyze them.

Docker Hub is a hosted repository service offered by Docker. It generally helps to find and share container images. There are certain prominent features of Docker Hub that you should know and are as follows:

Docker Hub is undoubtedly the centre for developers, software vendors who want to build and distribute their code in containers. Here’s how Docker Hub comes in handy for different categories of users:

How to Create Your First Repository?

Follow these steps to create and set up a repository using Docker Hub:

And that’s it. You are done! Additionally, if you want to integrate the source code repositories like GitHub and BitBucket via build setting, you can do that too. Now, Docker Hub provides one cost-free private repository. To get access to more such repositories, you need to opt for its paid plan. To open the Docker desktop tool and sign in, you need to run the following command in the terminal: docker login

To search Docker images as well as repositories in the Docker Hub, all you need to do is search from the Docker Hub. You can also use the command-line tool and run the command given below to search for images: docker search mysql

To download an image you need to use the docker pull command shown below:

This command helps to automatically update the selected image to the latest version. While you analyze the output of these commands, several images of MySQL exist. You can choose any image that you want. For choosing a specific image, let’s say, you want to pull bitnami/mysql image, then you need to use the following command:

Note: The file name must be Dockerfile, with a capital D. 2. Now that you have created an image, it’s time to run it. How to do that? Well, with this simple command, you can test your image:

3. As soon as the executing process begins, this command asks to install MySQL on the device first. Make the necessary updates and you are good to go.

After you create an image successfully, push it to the Docker Hub by using this command:

Moving on, you must know what Docker-certified images are. Well, Docker-certified images are either pushed by the vendors or the contributors. If the content is in accordance with the rules, laws, and standards provided by the Docker Hub, only then the image is certified. Additionally, Docker Hub offers the inspectDockerImage tool. It assists the vendors to certify the plugins as well as the images by themselves. If you want to publish the images certified by Docker, you have to certify and test the images as well as the plugins. Use the inspectDockerImage tool to do so. In a nutshell:

Docker Hub is by far the best and the easiest way to manage, create, and deliver the teams’ container applications. It is the world’s largest community of container images and a central hub for container community developers, independent software vendors, and open-source projects. This article focuses on imparting knowledge regarding various features offered by Docker Hub, its uses, and its advantages. Moreover, you also get an insight into the Docker Engine, containers, container images, virtual machines, and repositories.