How to Install Docker on Linux? 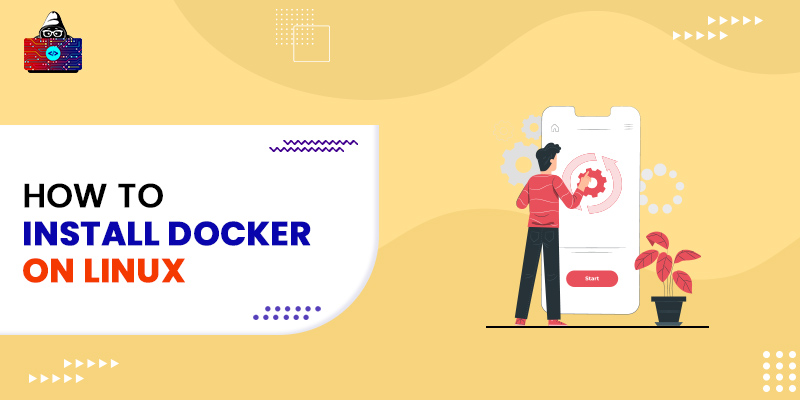 Previously, if you were to run a web server, you had to either set up a Virtual Machine on your own or find a physical server elsewhere. This is often referred to as "bare-metal" because the code is actually running on the processor with no abstraction. This is ideal if you need high efficiency and have a large and expert team to manage these servers. This article is a guide for those who want to know about How to Install Docker on Linux? The trouble with operating your servers on bare metal is that you become incredibly inflexible. What if you need to fire up another server? Call Dell or IBM and request that another one be sent to you, then have your technician update the physical server, set it up, and put it into the server cluster. This creates a need for somewhat simpler technology to develop and host applications.

Docker is an open-source project that allows you to create, ship, and run applications isolated from the underlying host. It's an open-source Linux tech, which means anybody can use it and it's built from a wide range of perspectives, thus offering multiple features. A Docker image is a multi-layered file used to create the environment of a Docker container. An Image is basically a set of instructions for a completely functioning and executable version of an application that runs on the host operating system kernel. When a Docker user runs an image, one or more instances of that image called containers are generated.

How to Install Docker on Linux?

Now that you have a good understanding of Docker and objects such as containers and images, et’s look into different ways to install Docker on Linux. In this article, we are going to use the ubuntu 20.04 machine. You can use the docker.io package if you use any of the ubuntu machines.

Difference between docker.io and docker-ce

Docker.com offers docker-ce, while Debian provides Docker.io. Overall, this means you can install docker.io straight away, while docker-ce requires you to first connect to a docker.com external repository. More specifically, although both bundles have properly released versions of Docker, their internal mechanisms are somewhat different. Docker-ce follows the Golang approach. Before the installation, all dependencies are taken into the source tree, and everything is combined into a single box. As a result, you always upgrade Docker with all of its dependencies at the same time. We are going to install docker-ce in our ubuntu machine, and we will start with updating the packages.

Next, we remove the older versions of Docker present in our machine (if any).

There are a couple of ways using which we can install docker. The first is using repositories. For ease of installation and update activities, most users set up Docker's repositories and install using them. The other method is through the deb package and manual up-gradation.

This command downloads and runs a test image in the host machine. When the container is started, it prints a message and then exits. We can now verify that the Docker Engine has been built and is ready to use. While the docker group is formed, no users are attached to it. To execute Docker commands, you'll need sudo access.

If you are not able to install Docker Engine from Docker's registry, you can manually import the .deb file for your own release version and then install it. In such a case, when we want to update Docker, we must download the updated package.

Now, we need to log out and log back in for the changes to come into effect. After that, we can run the docker command without the sudo keyword.

In this article, we have discussed the entire process of installing Docker in a Linux machine in great detail [How to install Docker on Linux]. We discussed the differences between the docker.io and docker.ce and saw two different ways to install Docker on a Linux machine. The first one is through the repositories and the second one is directly by downloading the Debian package. Moving ahead, we discussed how to run docker commands without using sudo by adding the user to the Docker group. We certainly hope that you will now be able to begin your journey with Docker. Happy Learning!