5 Best Arduino Projects You Should Try in 2023 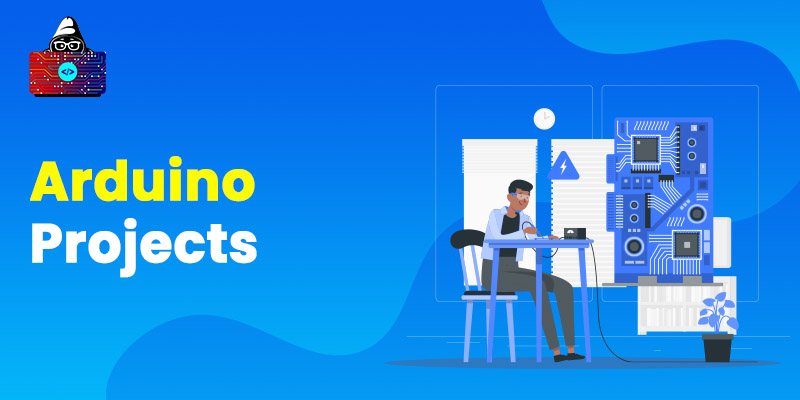 If you are new to Arduino and want to build projects using Arduino, then this article is for you. It covers all the aspects of Arduino and also talks about some innovative project ideas.

Now, it’s time to get some important information about Arduino, its IDE , various types, and major projects.

Arduino is an open-source, programmable circuit board that supports every hardware and software efficiently. Arduino takes input in the form of light on a sensor, a finger on the button, or any message, and then turns it into an output, such as activating a motor, turning on the light, or publishing something online.

You provide necessary instructions to the microcontroller available on the board using Arduino programming language, and Arduino software (IDE). Arduino has been the brain that works behind thousands of projects and is capable of handling from small to complex scientific instruments. It has a wide and active community of various students, artists, and hobbyists that gathered together to contribute to the Arduino platform with incredible information that will help upcoming users.

Ivrea Interaction Design Institute has launched the Arduino as a tool for fast prototyping that helps students. Now, you can use Arduino for a simple projects for IoT applications, 3D printing, and embedded environments.

Arduino is preferred over other boards due to its accessible user experience. Till now, Arduino has been used in thousands of projects and applications.

Whether you are a beginner or an experienced IT professional (embedded system engineer), you can easily work and get along with Arduino due to its flexibility. It allows you to create low-cost scientific instruments and several embedded system designers and architects for building interactive prototypes.

Also, many musicians make use of Arduino for experimenting with new musical instruments. Some users use Arduino for learning new things like robotics and machine learning. Arduino helps in simplifying the process of working with microcontrollers.

It offers the following advantages:

When compared to other microcontroller platforms available in the market, Arduino offers cost-effective solutions. You will be able to assemble the least expensive version of the Arduino module by hand. Also, the pre-assembled Arduino modules are available at a cost of less than $50, making them affordable for college students.

The Arduino Software (IDE) can be used on various operating systems such as Windows, macOS, and Linux. On the other hand, most microcontroller systems are compatible only with Windows OS.

Whether you are a beginner or an experienced embedded system engineer, you can easily and efficiently use the Arduino Software (IDE) due to its flexibility.

The Arduino software is open-source, which allows you to extend its functionality by making desired changes to the source code. You can expand the features with the help of the C++ libraries .

The Arduino boards are published under a Creative Commons license that will help the experienced designers for creating customized modules by extending their functionality. Also, new users are capable of building breadboards.

What Makes Up an Arduino Board?

The Arduino board is a circuit board that is available with various functionalities. You can find a wide range of Arduino boards offering different features and you can choose any of the available boards as per your project requirements.

You can use the USB Port in order to connect the board to your PC for programming and for powering up the Arduino board. This USB connection is one of the most crucial things as it will help you to upload your code onto your Arduino board.

The DC power jack helps in powering up the Arduino board from a wall adapter for supplying more power to your project whenever required.

As we are considering our customized Seeeduino board, you can only find the Grove connectors on this. It will provide you with a variety of sensors/devices that work seamlessly using the I2C or UART connection. The Grove connectors can be plugged in the modules so that you can use it with the Arduino without the need for any soldering or jumper systems.

As the name specifies, the 3.3V and 5V pins are used for supplying the volts of power to your modules.

With this GND (stands for Ground) pin that is specially used for grounding your circuit and is at zero voltage as compared to the power supply.

The analog pins will read the entered signals using an analog sensor such as a light sensor and then help in converting it into a digital value.

On the Seeeduino or Arduino UNO, the digital pins are available on pins 0 to 13 which are basically used for reading the digital inputs such as pushing a button and digital output like turning on an LED.

You can find this switch only on our customized Seeeduino boards that will help in changing the logic level and operating voltage of the board to either 5V or 3.3V.

9. Reset button It allows you to reset the board and code that is being uploaded on your Arduino board.

It is also known as the Transmit and Receive indicator. The TX and RX LED indicators that will start working automatically and let you know whenever the board starts sending or receiving data.

It is the brain of the Arduino board that can be used by the users to program Arduino for executing commands based on the underlying code.

How to work with Arduino IDE?

Below we have mentioned four types of Arduino microcontroller boards that are commonly used by designers and embedded system engineers for creating innovative applications:

How to Choose the Right Arduino for Your Project?

Now you are fully aware of the hardware and software part of the Arduino board, now it’s time that we move forward to choose the right Arduino board for your Arduino projects.

In this section, we have discussed some of the best Arduino project ideas that have minimal requirements. 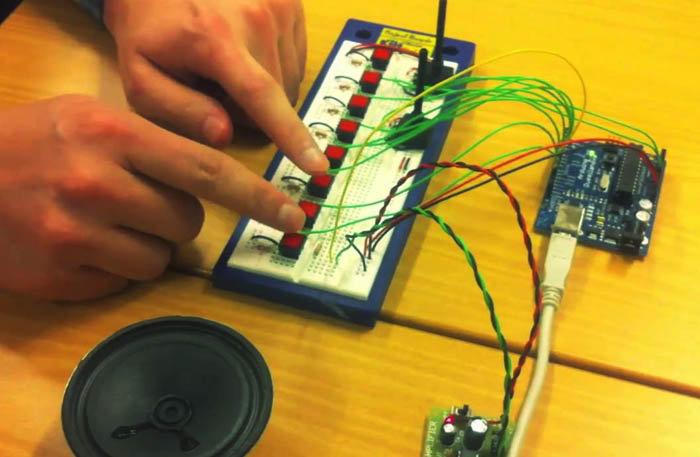 This project mainly focuses on gesture control and hardware for controlling the Arduino UNO R3. In this project, you can use the Flick board, which is a PCB that helps to detect gestures from a distance of more than 15cm in 3D space.

If you want to create a circle, you can swipe your hand in a circular direction and Flick will detect the hand movement. It will be able to control electronic devices such as computers, TV, music system, and many more. For this project, you need basic knowledge of Flick along with Arduino UNO for creating a musical keyboard like Casio! 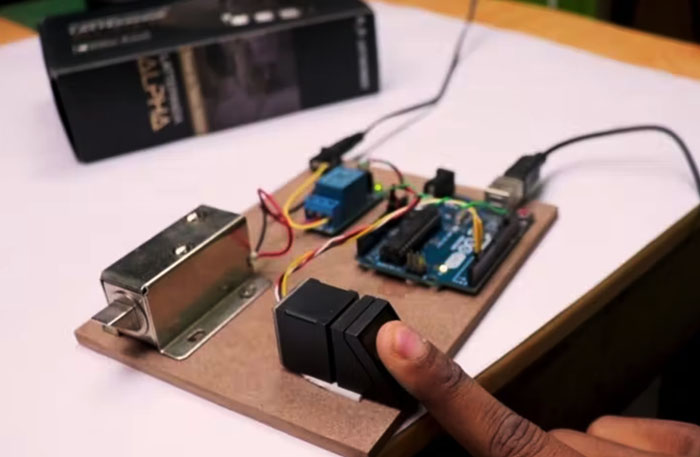 It is one of the most popular Arduino projects that can help you level up your skills. This project is about creating a fingerprint security door lock within budget. You will require the basic board and below-mentioned things for creating the project. You need to work on the input and output keys of the Arduino board so that the door will open only on the specific fingerprint. 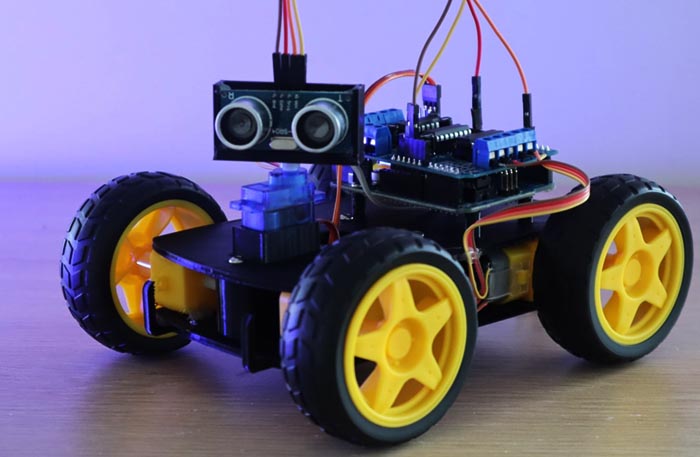 Creating a robot car is one of the exciting projects for every beginner and the project includes the usage of every concept you have learned so far. So you can use all their creativity to work on your robot car by combining the features of DC motors and Arduino. 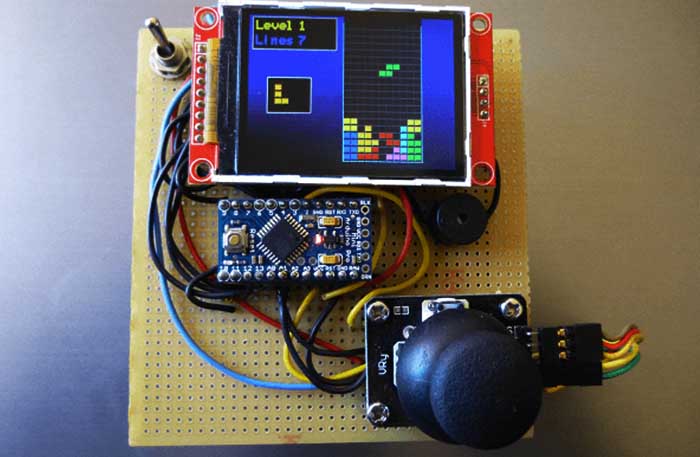 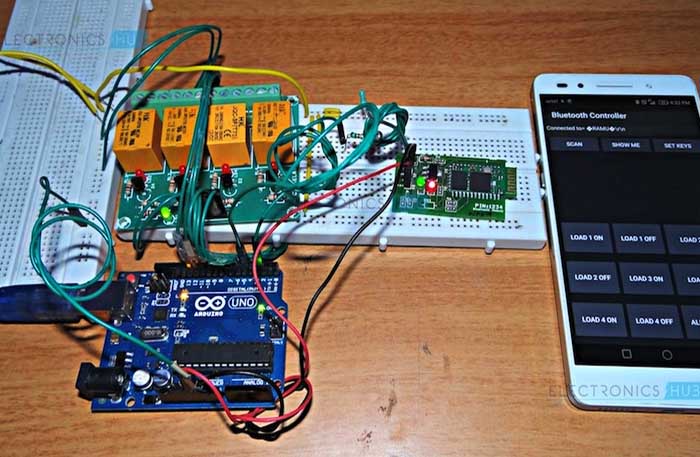 This is among the best Arduino projects to develop if you are interested in automation. It will allow you to automate your home appliances for making a smart home. With the help of Arduino and some modules, you can create an application that will control the electrical appliances with a single click on your application.

Every appliance from TV to satellites have an embedded system that helps them to work. Creating such applications requires strong Arduino and embedded system knowledge. From a beginner’s perspective, working directly on complex applications is not recommendable as it will require great control of the concepts. It is better for a beginner to start with a small project where they will improve their skills and handle complex projects.

In this article, we have mentioned a few project ideas that you can start and test your skills. These Arduino projects have basic system requirements so that you do not have to spend much on creating projects.

The most popular application of Arduino in real life can be seen in traffic lights. Other applications include pedestrian lighting and a real-time control system with programmable timings.

Yes, you can learn Arduino as it is one of the most popular microcontroller boards along students, hobbyists, and engineers. With Arduino, it is possible to create a wide range of projects on home automation, robotics, and many others.