What is a constructor in Python? 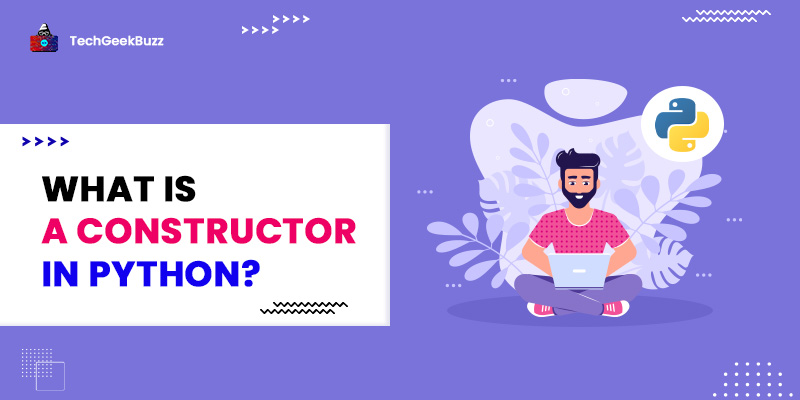 Using the class syntax, we can follow or use the properties of OOPs, such as Data Abstraction, Inheritance, Data Encapsulation, and Polymorphism. And when we specifically talk about class and object, one of the main topics that every programmer learns or needs to know is Constructor.

All the programming languages that follow the object-oriented programming principle support the concept of Constructor, whether you talk about C++, Java, or Python. However, the declaration of constructors in Java and C++ is different from Python, but the overall concept is the same. Before we get started with the Python constructor, you must know what classes and objects in Python are.

What are classes in Python?

A class is nothing but a blueprint for a structure or object. What does it mean? If we define a class in layman's terms, we can say that a class is like a frame for some object that only defines some rules. It's like having a plan written on plain paper that defines some functions (methods) and values (attributes).

With the help of the class, we can easily define many things using programming. For example, we can define a blueprint for a man, car, bus, animal, etc., and follow along. We can define their function and values.

Now we have a class called Car, with name, attribute, and run() method. The variables or values defined inside a class are known as class attributes, and the functions are known as class methods. Even after defining a class, it will bring no action to the program and memory until or unless because, as said, it is just a blueprint with no existence. To use the Rahul class and its values, we need to define its object.

The self parameter represent the object, and it is mendetory that every method should have self as a first parameter.

What are objects in Python?

An object is an instance of a class, and a class can have more than one object. The object is the real deal; it is a thing that is capable of performing tasks. We can say that a class is a car's blueprint and an instance is an actual car with a solid body and all the features that a customer buys.

To create an object of a class, we use the following syntax:

Let's use the above Car class and create its object.

In the above example, we have defined a class by name Demo and it has 3 methods __init__(self) , method1(self) and method(2) , but when we initialize its object obj = Demo() it automatically calls the __init__() method.

This is because __init__() defines the constructor method for the Demo() class, and as the feature state, the constructor method gets automatically executed when the class object is created. For the rest of the normal methods, we can call those using the object name followed by the dot operator and method name.

Why use a constructor in Python?

Like the normal method, the constructor method can also accept arguments, so when we define or initialize a class object, we can pass argument values along with the class name, and it will go to the __init__(self) constructor method.

For both the objects rahul_car and rohan_car we have the same class, but during their object initialization, we pass different values to the __init__(self) method. For rahul_car object we pass ("Rahul", "Toyota Grand", "DL-FG-45E") parameter values and for rohan_car we pass the ("Rohan", "Honda City", "DL-FF-45H") values. And when we did that the __init__(self) , called for both the object and initialized the values difference values for them.

A constructor in object-oriented programming is a special type of method of a class that initializes the newly created objects of that class. When you create the objects of a class, a constructor gets called automatically.

A constructor is useful in any object-oriented. You need a constructor in Python to create and initialize objects of a given class to make them ready for use.

There are three types of constructors in Python: 1. Parameterized 2. Non-parameterized 3. Default.

You can define a constructor in Python using the def __init__(self).