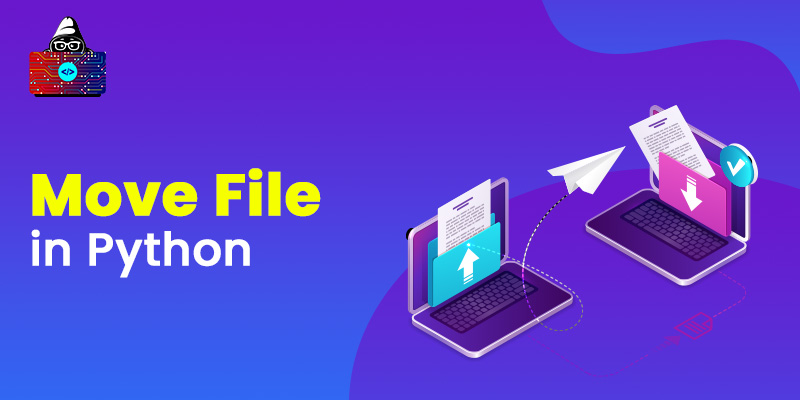 For example, let's say we are creating a python program that reads multiple files, and based on the data on those files, we wish to move them into specific locations. Here the Python's shutil.move() comes in play. This inbuilt method allows us to move a file or directory from a specific location to another location in our system only, so we can move files and directories using the python program. And in this tutorial, we will discuss this method in detail, so let's get started.

shutil is an inbuilt python module that offers myriad methods to manage files and directories in a system using the python programming language. Although different operating systems have different file management systems, but all those operating systems that support Python also support shutil, so we don't have to worry about the operating systems while working with shutil.

With the shutil.move() method we can move files and directories within our computer system. The move() method can accept three arguments, where the first two arguments and mandatory and the third argument is optional.

arguments source : It is a string value that represents the file or directory path that we want to move.

destination: It is also a string value that represents the directory path where we want to move our file or directory.

copy_function: It is an optional callback argument that accepts a function as an argument value. By default, its value is copy2 , which is also a method of shutil that can copy data as well as metadata of the file.

Let's write some code in Python that can move files from one location to another.

Move a file in Python

Let's say we have downloaded a picture logo.png from the internet, and it is stored in our downloads directory, and we want to move it to our game folder directory with other game resources.

The above example will move the file logo.png from the source Downloads directory to the destination game folder directory. In this example, I have provided the absolute path of the source file and destination directory and also specified paths as a raw string by putting r as a prefix to both the strings. With raw string, we do not have to worry about escape characters in python, and wherever you provide an absolute path, I always suggest using raw string instead of a normal Python string.

Move a file and change its name

Suppose we have a picture.png file in our Downloads folder, and we want to move it to our game folder directory as snake-picture.png how would we do that?

The shutil.move() method can only move one file at a time. If we wish to move multiple files, then we need to use a loop that iterates over multiple files and moves them to the specified location.

To know more about how to manage files in Python click here .