What is Pyramid in Python - An Introduction of Pyramid Framework 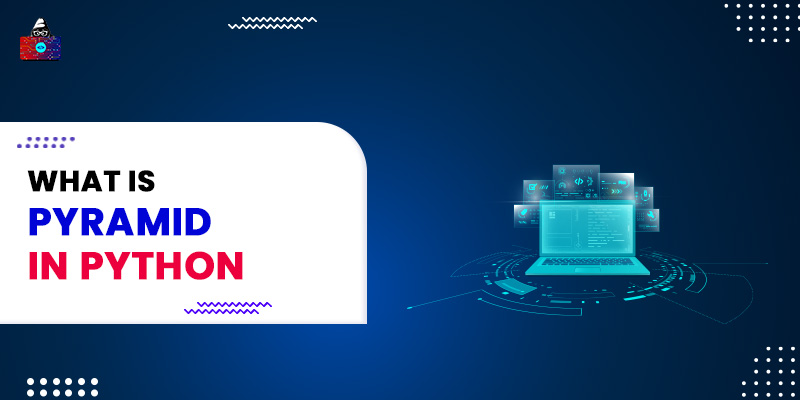 Python has many web frameworks, and it's always a tough choice for a developer to options down to a single framework of the most popular programming language. Python offers both micros as well as full-stack web frameworks.

With microframeworks like Flask, we have full control over the web application flow, but we have to write code for every feature. In a full-stack framework like Django, we do get all the inbuilt features but taking the code to make our own features can be a daunting task.

Pyramid offers a solution for such problems and provides a middle ground for Python developers to get started with web applications. Pyramid is neither small as Flask nor big as Django, it lies somewhere in between. The pyramid says, "Start Small, Finish Big and Stay Finished", which means it can be as minimal as Flaks and become as large as Django.

A Framework is a tool written in a specific programming language that provides modules and libraries to create web applications without worrying about the basic terminologies of web-like HTTP and other web protocols.

A Web Framework comes with many built-in capabilities and basic features, such as a local server, web server interface, database connectivity, and many more, so that a developer can concentrate on the web application's logic rather than writing all the code from scratch.

It is also possible to write a complete web application without any Framework, but why rewrite the code when we have many powerful and tested web frameworks that can build powerful web applications rapidly and easily? Every web framework follows a specific architecture and pattern to solve a problem or implement logic, so it's always a developer's choice to choose the best framework for his/her project.

Mega frameworks like Django are monolithic. They are very opinionated and provide many features out of the box. Mega Frameworks are perfect for big applications where we do not want to spend time building common features, but tweaking the code of such frameworks can be a daunting task, making these frameworks less flexible. In contrast to Python mega frameworks, we also have microframeworks in Python, like Flask.

Although microframeworks like Flask are very flexible and give us full control over the application, in the long run, big application microframeworks are not that efficient. Pyramid is a perfect solution for "to grow" web applications. It is specially designed for such web applications that have a small start and a big future. We do not know how big an application can become, but with Pyramid, we do not have to worry about that. We can start small and finish big because of its scalable feature.

The pyramid has an easy-to-use pattern. A simple hello world web program can be designed with ease and a single script in Pyramid. Its simple interface and design make it easy for developers to get started.

Its minimal and simple interface and design make it faster as compared to other mega and full-stack web frameworks.

It is compatible with both Python2 as well as Python3. And with continuous development, it supports all up-to-date features.

The active community of Pyramid makes sure that every release of Pyramid is bug-free. Testing tools like Jenkins and Travis are used with every commit of Pyramid code on the GitHub repository.

The core community of Pyramid has provided interactive and fully covered documentation for developers. If you get stuck in Pyramid, you can just visit its official documentation, where you will find a very comprehensive guide to the Pyramid framework.

Get Started with Pyramid

Now let's write our first Pyramid web application. As Pyramid is a Python framework so it goes without saying that Python must install on your system. To write the web application in Pyramid, we need to install the pyramid framework for our Python environment.

run the following pip install command on your terminal or command prompt it will install the pyramid. Now, create a working directory for your Pyramid web application and create a script by the name app.py.

Now we need to run the app.py with the Python command.

After executing the above command, open http://localhost:6543/ on your web browser.

Pyramid is an ideal choice for those Python developers who want a perfect Python web framework that is neither small nor big. Pyramid is as simple and minimal as Flask and as big and scalable as Django. It is a perfect blend of both popular Python frameworks.

If your requirement is building a small web application, Flask is a go-to choice. However, if you need to develop large web applications, you can go with Pyramid.

The core concepts on which the Pyramid framework is based are Zope, Pylons, and Django.

Yes, the Pyramid framework is integrated with SQL and NoSQL databases. It uses SQLAlchemy and the Zope Object Database to integrate with SQL databases.

The Pyramid framework is very simple to use, as it has a minimalistic interface. Also, it is faster than other mega and full-stack web frameworks and supports Python 2 and Python 3. You will find detailed documentation to learn this framework.