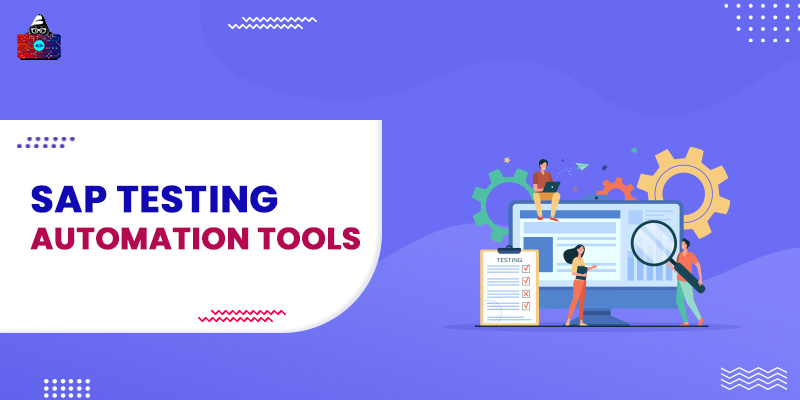 Manual software testing is prone to errors and functional anomalies. Today, hundreds of automation tools mitigate manual interference in software testing thereby, providing efficiency, speed, and new dimension to software testing and quality assurance. SAP testing is no different. The tools available for automating SAP testing make the otherwise complex process a simple and a few-step drill. There are free as well as licensed products available in the market. The dilemma starts when many tools provide the same automation feature but with different amenities. Worry no more! By the end of this article, you will not feel perplexed about the same.

An efficient and implacable tool for complex enterprises, Worksoft is one of the most reliable SAP automated testing tools. For today’s fast-moving SAP environments, Worksoft propounds no limitations and provides scalable SAP automation testing thereby, mitigating any obvious challenges. Some of the unmatched value amenities of Worksoft are:

Called as “gold-standard” for SAP testing, Worksoft is chosen by SAP for SAP automation testing. It customizes according to the enterprise’s needs and operationality. Its ability to run routine tests has increased its merit among simple to complex organizations. It can successfully automate the testing process of SAP S/4 HANA, SAP SuccessFactors, SAP Hybris, SAP Fiori, and many more.

Qualibrate is a cloud-based solution for SAP testing with increased security and efficiency. Its smart testing ability has gained it a place in our list of the best SAP automation testing tools. It can integrate with almost all CI/CD tools. It can customize and reuse the test cases. It can implement SAP automation testing with fewer resources with reduced risk and associated challenges. Qualibrate provides project teams with a unique and independent source to rely on. Its features of business process recording have rectified the documentation, and automated the E2E regression and end-user training modules.

It generates comprehensive reports from tests, such as test progress, test executions, and specific defects in the lifecycle. Packed with an easy user interface and robust features with the right integration, Qualibrate is providing solutions to many enterprises, and assisting and serving customers worldwide.

RightData, as the name suggests, keeps the data “right” and rational by managing optimum data quality, data assurance, data integrity, that too with authentic audits. It manages data quality control and validations framework with utmost ease and agility. It mitigates the hefty business challenges and presents the configuration, execution of complex data without complex codes. RightData can validate test scenarios and can schedule SAP reconciliations beforehand.

Its ability to comprehend, analyze and profile the important data under test query is commendable. It has a special embedded notification system that makes reporting of data exceptions easy and seamless. The RightData scenario studio can carry the functional data reconciliation between the source and target. It provides production data monitoring, database upgrade testing, ETL testing, and more.

Do you want to run functional or regression testing without codes or complex scripts? Then, Testimony is for you! Part of the lone DevOps and test robotization platform designed explicitly for SAP programming, Testimony eliminates test script creation and mitigates the requirement for test information. Its adaptable nature learns and comprehends the user behaviour and sets up a completely new library thereby, winning over the cost and efforts of traditional software testing. Testimony helps to:

It has special and exclusive robotic test automation working around 3 verticals; comprehensive automation, speed and efficiency, and high coverage. Due to robotic automation, Testimony’s market value has increased to significant degrees.

Leapwork is one of the SAP automation testing tools known for its speed. Its visual automation platform operates at a high speed without compromising on the quality and efficiency of quality assurance tests. Its code-free operability makes it adaptable to novice as well as software testing mavens. Some of its “value-for-money” features are:

Artificial intelligence is the future. How about AI-driven SAP automation testing? Micro Focus can make this practical. It has AI-powered SAP automation testing ability resulting in faster, more efficient, and increased coverage automation tests. It accelerates and configures end-to-end testing environments with a single integrated intelligent tool. Its ability to control, contribute and collaborate among teams makes it an ideal solution for simple as well as complex enterprises. It is believed to deliver more in less time. Micro Focus can rapidly eliminate bottlenecks and optimize frameworks for maintained operability.

From UI to API, Micro Focus can accelerate end-to-end regression testing . It can run multi-layer testing with an optimum test-driven approach thereby, propounding no or only a few limitations. It is opted by some promising and complex organizations to run SAP automation tests.

Tricentis partners with SAP to serve essential SAP automation testing solutions. From ECC to S/4HANA, it covers everything and elevates the automation, efficiency, speed, and development of automated test scenarios. It reduces analogous risks and improves software quality on various standards. It is believed to perform 10X faster testing without compromising on efficiency and accuracy. Its various winning features have made it one of the robust leaders in SAP automation testing. Tricentis’ partnership with SAP makes sure enterprises never lack recent and temporal SAP updates and serve them with up-to-date solutions.

Some important facts about Tricentis:

If testing complex business processes and operationality is the need of the hour, embrace Ranorex! It can identify SAP Fiori elements or dynamic SAP control IDs. Its efficient class recognition tool can track and recognize the SAP solutions rapidly. It has tools for coding experts as well as for beginners. With reduced test maintenance requirements and hassle-free configuration, Ranorex leaves no room for faults. It has in-built data-driven and keyword-driven testing. From simpler to complex organizations, it propounds no limitations and allows a wide degree of customization. By optimizing the 3 verticals - technology, resources, and system updates - Ranorex stabilizes the SAP automation testing and makes daunting tasks of maintenance and optimization simple, few-step processes. Its validation amid automation testing further elevates the reliability of test results. Worried about the reports? You shouldn’t. Ranorex presents test results in the best form of comprehensive reports or video reportings to get an inside view of tests.

A performance testing tool, JMeter is often preferred for its intelligent in-built system and user compatibility. It can run automation tests in static as well as on dynamic resources. JMeter efficiently tests the performance and functionality of SAP business applications. Some of the exciting amenities of JMeter are:

If you are a large enterprise with massive amounts of data and want to check your SAP for load testing then OpenSTA is surely for you! It is an open-source tool with a low maintenance need for load testing of SAP applications. OpenSTA can extensively check hefty web servers carrying loads and loads of data. It has various in-built automated ways to collect and process data accruing to test execution and thereby, can provide rectified and adaptable data metrics. However, there have been cases of OpenSTA failing to deliver satisfactory results.

SAP’s market share is increasing. Thus, it becomes vital for enterprises to run SAP automation tests for ensuring better performance, functionality, and configuration. There are many tools available in the market for testing SAP automation. Some provide interactive and real-time reporting, while some provide other essential and critical benefits. There is no specific tool that works for all. While JMeter, for example, can work for one enterprise perfectly, it can pose challenges to others. One can (and should) choose a tool cautiously as per the enterprise’s need, operational verticals, SAP application(s) in use, and cost and team friendliness. 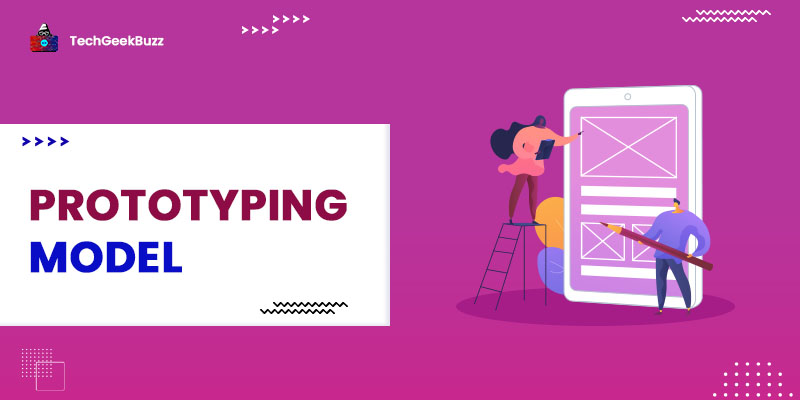 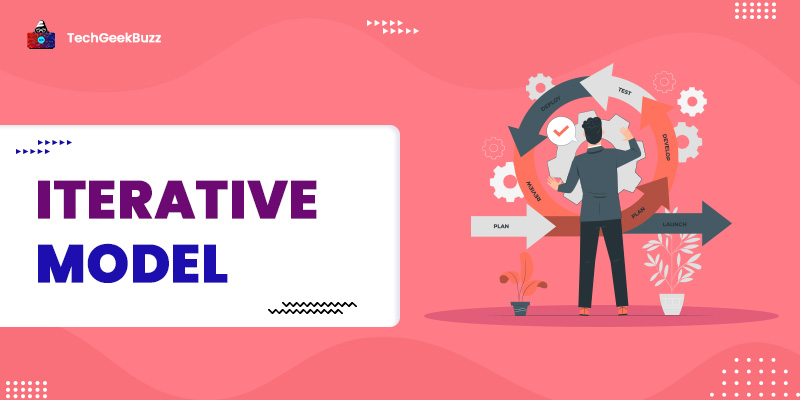 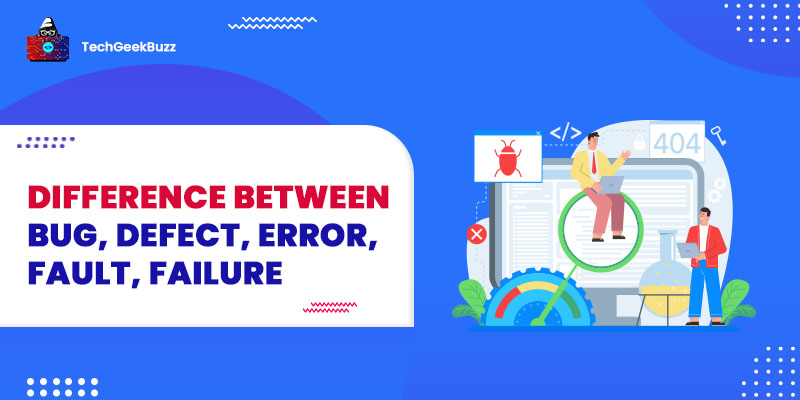