C++ vs C#: A Comprehensive Comparison 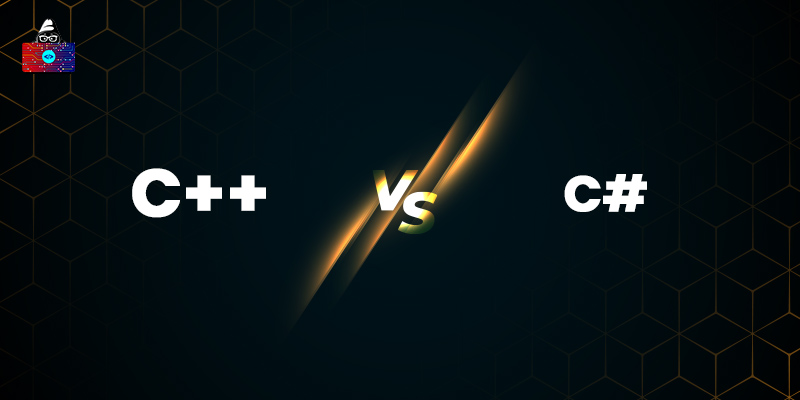 Nonetheless, both languages are the extension of the C language, but we do not refer to them as different versions of C. Before comparing both languages, let’s have a brief introduction to each programming language.

Though in the current scenario, we do not use C++ so often to solve real-world problems but learning C++ could help a student to learn how to implement different data structures using a programming language. Because of its simple syntax, learning C++ is easy as compared to its predecessor, i.e., C.

The following are the salient features of C++:

C++ is used for developing:

Below are some significant limitations of C++:

Below is the list of different types of applications developed using C#:

After code compilation, the binary of C++ is small in size. The code of C#, however, contains much overhead and libraries, which make its compiled binary-code heavy.

In C#, garbage collectors perform all the memory management automatically. This is not the case in C++, where users have manual control over memory management. Thus, they can manually create and destroy objects.

The execution of C# code is slower than that of the C++ code.

C++ supports multiple inheritance while C# does not.

C++ is complex, and so implementing complex programs using C++ is tough and tedious. C# does not have complex features since it follows a simple hierarchy that is easy to learn and understand.

C++ allows using pointers wherever we want. This is not the case in C#, where we can only use a pointer in the Unsafe mode.

Both C++ and C# are popularly used in developing video games. C++ is mostly used for developing operating systems, browsers, database software, libraries, and compilers. On the other hand, you can use C# for building mobile applications, desktop applications, websites, cloud-based services, and enterprise software.

That wraps up our C++ vs C# article. Both the programming languages are extensions of C, and both have their advantages and disadvantages. C++ is mostly used to build desktop applications, while C# is ideal for developing web applications.

C++ is a versatile programming language and is used for building a wide range of applications. You can develop desktop GUI applications, games, embedded systems, operating systems, web browsers, databases, compilers, and libraries.