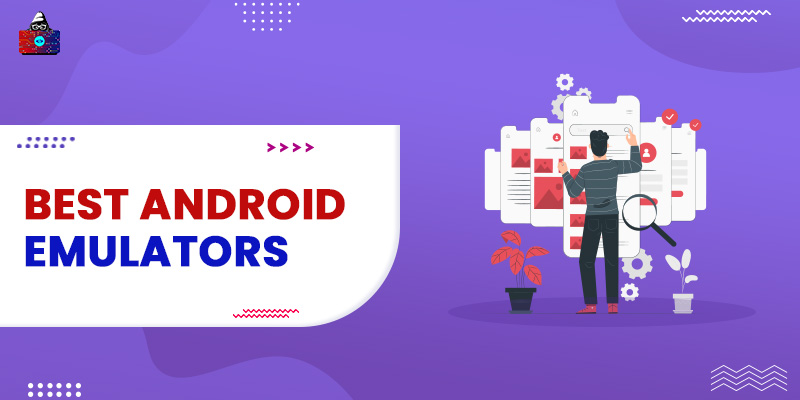 This topic will be interesting for game lovers and users who are continuously in search of tech-savvy updates. An emulator is a computer program that emulates another computer program. Hence, emulators make it possible to run macOS on Windows and vice-versa.

What is an Emulator?

The concept of computer emulation is majorly used in the context of computer gaming. It was initially conceived by IBM to run programs designed for their older devices on newer models. However, instead of designing new applications for the new computers, IBM built compatible software and hardware, which clicked instantly as it gave enormous flexibility. Emulation, and emulator, has become a common word in the gaming world. Emulators enable gamers to play old video games on new desktop computers. With the latest technology of smartphones and Android, these are in good demand.

Coming to the emulators, there are many open-source and commercial emulators for all operating systems. Listed here are a few examples:

Let us see the best android emulators for PC and macOS:

BlueStacks is an American company that was introduced to push mobile gaming to the next level. It is the de-facto Android emulator for gamers. In fact, BlueStacks is the one who spearheaded the Android emulation on PCs. It allows running android apps and games on a desktop. This is the de-facto emulator when it comes to emulating Android. BlueStacks is accountable for almost $30 million in funds from Samsung, Qualcomm, Andreessen-Horowitz, Intel, and others. The emulator is great for gaming and is significantly easy to install and set up. You can either download it from the official website or various online software portals. BlueStacks 4 offers excellent gaming performance, thanks to its low CPU and memory usage. Moreover, it claims to be 6x faster than the latest Samsung Galaxy S9+. Features:

Price: It is an open-source app. The premium version, however, is available for $24 per month.

NoxPlayer is another leading emulator for Android gamers. It gives the best results for massive games like PUBG and Justice League. Users can experience a whole new level of gaming with the NoxPlayer. It is free-to-use and free from sponsored ads. The best part of NoxPlayer is that it allows the users to map keys of the mouse, keyboard, and gamepad. Moreover, users can enhance the features by assigning the keyboard for gestures which makes the experience more interesting. Also, advanced users can adjust the CPU and RAM usage in the settings options. If users are particular about rooting the Android, NoxPlayer facilitates the same. However, NoxPlayer does not allow you to use a lot of apps simultaneously as it puts too much load on the system. Price: Free Features:

Genymotion is the most versatile and powerful Android emulator. All gaming enthusiasts love this. However, Genymotion is designed for enabling application developers to enhance testing in a safe and secure virtual environment. Being a versatile Android emulator that Genymotion is, it provides a lot many custom features, such as Disk IO throttling for emulating devices with slow internal storage and Sms & Call that lets you test out how an app reacts to interruptions. With Genymotion, you can emulate more than 3000 Android configurations. You can easily test run an app on multiple Android versions and screen sizes. Features:

AMIDuOS is a leading American android emulator that offers seamless integration between Android and the user system. It also supports full screen and the user can run any Android game or app. Features:

KoPlayer delivers an excellent user experience by providing a quality Android emulation environment on any desktop running Windows or macOS. With the primary aim of “providing a lag-free gaming experience,” KoPlayer is designed with gaming in mind. The Android emulator lets you test a custom ROM you built for an Android device or test an Android app that you’ve been working on for quite some time now. Regardless of that, the best apps that you will experience on your system with KoPlayer are gaming apps. KoPlayer supports a drag-and-drop operation that lets you easily move apps inside the emulated Android device. Features:

Price: It is an open-source application.

This one is a special Android emulator in the way that it isn’t an application but instead a runtime environment for Google Chrome. That means you can simply emulate and use Android inside your web browser on Windows, macOS, or even Linux. ARChon android emulator is well known for its flexibility. As it runs inside Google Chrome, you can also enjoy it on Chromebooks. Features:

Other Supported Platforms: Linux. Price: It is free and open-source.

AndY is another reputed Android emulator preferred by both gamers and app testers. It provides support for PlayStation and Xbox controllers, which means that you can play your favorite Android games on your desktop with your PS or Xbox controller. Don’t have a controller? Worry not as AndY allows you to use your own smartphone as a joystick. With AndY, you can run all your communication apps from the desktop, whether it be WhatsApp or Viber, or some other. The Android emulator for desktop also updates the users to the latest Android versions. Features:

Price: It is an open-source application.

Price: It is open-source.

Tips Before Using an Android Emulator