What does a Software Developer Do? 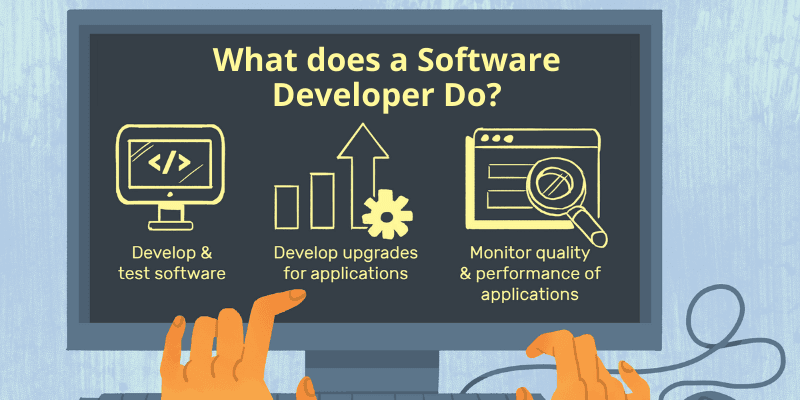 Duties of an Applications Software Developer

As per the reports from the U.S. Department of Labor (DOL), application software developers are mainly responsible for mobile applications and designing computers. The working of this development essentially focuses on consumers. This involves understanding user requirements, monitoring performance, developing software solutions, and transforming programs as required.

1. Duties of a systems software developer

These developers focus on compilers and network distribution software, operating systems-level software. As per the reports from the U.S. Department of Labor (DOL), this role is provided more toward designing resolutions for business organizations. This involves developing software for various fields such as medical, communications, industrial, business, military, aerospace, scientific computing and general computing applications.

As we know that the original creation of the software program is done by the writing of code, and a software developer manages that. Basically, the work of a software developer depends upon the company in which they work. A software developer analyzes the requirements, then creates, develops, tests and modifies the software as per the type of a company. The working of software also depends upon the intended audience so that they can provide convenience to the audience. Creating flowcharts and drafting out are further steps after planning out the design. Developers will create diagrams as well as models for instructing programmers to write the code for the program.

Typical Jobs of a software developer are

Software developers manage and in charge of the complete process for the software developments. They start their work with the customer's plans and their expectation to use the software. They must recognize the centre functionality that a customer needs from software programs. They design a complete program and provide guidance to programmers, who can create computer codes and test them. In case the program does not result as expected, then software developers recreate the process for fixing the issues and increase the program. After the successful software creation, they released it to their customer. Developers generally work with computer programmers. But, in some organizations, developers write computer codes themselves instead of instructing programmers.

Software developers give their efforts for solving severe, complex, and essential problems. There is a broad range of technologies such as frameworks, internet architecture, programming languages, operating system networking and so on. These technologies help software developing for creating various games such as online games, offline games, browser games etc One of the best examples of well-developed browser games is casino games . because it is an amazingly developed browser-based game that provides convenient access and gaming experience. Those games require some complicated mathematical knowledge to create the algorithm in charge of the odds. You just need a browser for playing this game (and all the other games) because it never glitches and provides the best experience to the users so they can enjoy their games on any platform! Software developers who are involved in game development need a meaningful head start, so programming skills are necessary to game development. Even if a software developer is more comfortable with the Ruby studio, it is not usually used in game development. Software developers can immediately pick up other programming languages which are more widely used for game development such as C++ or Java.

Responsibilities of a Software Developer/Engineer

What Does a Software Engineer Do?

Software engineering is a computer science field that is associated with software development. It e… 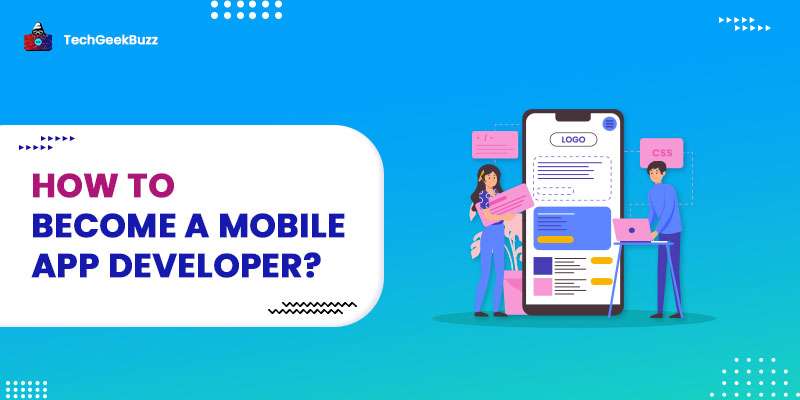 How to Become a Mobile App Developer?

Smartphones have taken over the world and have become an inseparable part of human lives. Everyone …