What is Ionic Framework? Why to Use it Over Other Frameworks? 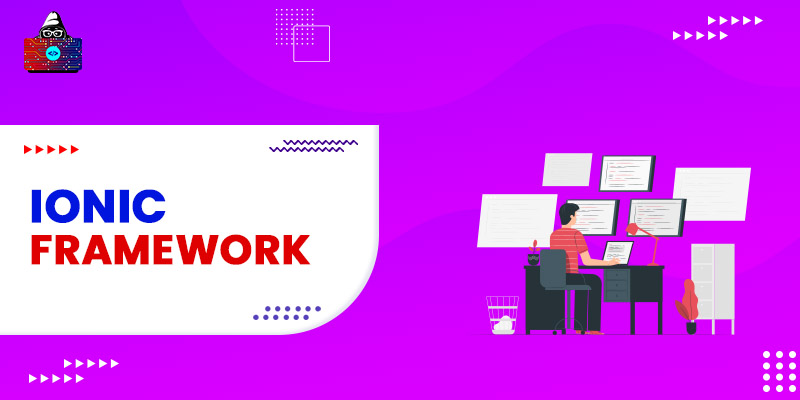 Ionic framework is an open-source hybrid mobile app development kit. It helps developers create applications for mobile platforms, namely iOS and Android. Also, it is a cross-platform tool. With the help of this framework, developers can build hybrid mobile applications using various programming languages, such as HTML, CSS, JavaScript, and TypeScript. Moreover, it offers you a wide range of components.

With Ionic, you can experience high-end performance with minimum DOM manipulation. With Ionic, you will get a command-line interface that allows you to run commands to carry out specific tasks like developing applications and making required code changes.

In this article, we will start with the evolution of the Ionic framework and then cover why to use it, how it is different from other mobile app development frameworks, and the pros and cons of using it.

What is Ionic Framework?

The Ionic framework has gained much popularity over time. Many developers use it to build innovative and out-of-the-box mobile as well as desktop applications. Ionic was introduced by Drifty Co. in 2013. Since then, many versions have been developed and released, helping developers create innovative and amazing mobile applications.

Below, we have mentioned the various releases of the Ionic framework:

The first version of Ionic was released in 2013. Having compatibility with Angular 1, users can leverage the benefits of directives for creating more customized AngularJS components.

This version of the mobile app development framework came out in 2016 and offered compatibility with Angular 2. This version somewhat offers the same functionality as that of the first version and focuses on creating Angular components but without providing the web component.

2017 marked the release of the third version of Ionic. This version has compatibility with Angular 4, and you will be able to use this version with Angular only. Also, it allows you to build only native mobile applications.

In 2019, the web component-based version of Ionic came out. This version focused on creating native mobile-based and progressive web applications that provide seamless integration to different programming languages. It is supported by almost all browsers with the help of HTML elements and can integrate well with any framework.

2020 marked the introduction of the fifth main version of Ionic. Its main focus is the material design that helps to improve the UI. This version has support for several frameworks that help developers in building customized animations and components.

Features of the Ionic Framework

If you are working with the Ionic framework, you do not have to worry about the underlying platform on which you are running this framework. Also, you do not have to worry about changing the existing code while switching between frameworks, as it will work the same on mobile-optimized web components. Ionic works with Angular, which helps in providing and managing a robust structure that, in turn, reduces the cost of development.

If you are building any mobile application, it should run on all mobile operating systems. The Ionic framework provides the same codebase for all types of mobile phones, irrespective of the underlying OS. It helps the developers to build applications that will work perfectly in all scenarios while providing the same look and feel.

4. Completely based on AngularJS

You can consider working with Angular if you want to develop both web-based and mobile-based applications, but if you integrate Angular with Ionic, you will be able to leverage the combined functionalities of the popular front-end framework and the mobile app development framework that will allow you to incorporate attractive components into your application. For creating amazing and innovative applications, it is a smart move to combine Angular with Ionic.

Ionic offers a rich set of plugins for ensuring an innovative development process. But the most commonly used and unique plugin is the Cordova plugin , which will allow the developers to access various components during the development of the application. With these amazing components, you will be able to add new features to your existing application.

While working with Ionic, you will get to experience a developer-friendly environment that will help in creating amazing and innovative mobile-based applications. Furthermore, you can leverage various components of Angular to improve the performance of the application.

Pros and Cons of the Ionic Framework

There are various reasons why you should go with Ionic to create mobile-based applications. One of the main reasons for using the Ionic framework is that it is capable of filling the gap between AngularJS web applications and hybrid mobile applications. Working with Ionic lets you leverage the features of AngularJS along with the Cordova library for building highly interactive applications.

You can even use its native UI components that offer good compatibility with various operating systems. Ionic was introduced as an ideal solution for developing multi-platform applications. Below are some good reasons why you should leverage the hybrid mobile app development framework for the development of mobile-based applications:

Despite the fact that the Ionic framework is available open-source, it is highly stable and delivers great performance. You will get the same look and feel irrespective of the mobile device that you are using.

If you have started creating mobile applications using the Ionic framework and you are stuck somewhere, then you do not have to worry as Ionic enjoys a wide and active online community where you can share your problems and start getting solutions in a day or so. The Ionic community is a group of developers who are eagerly working to improve the performance and functionality of the popular hybrid mobile app development framework.

With the Ionic framework, you will be able to create applications that are compatible with all the operating systems. Thus, you do not have to invest most of your time in creating OS-specific applications. Due to its reusable components, you can create even more complex applications with less effort and coding.

How is the Ionic Framework Different from Other Frameworks?

Well, there are plenty of hybrid platforms that you can use for creating mobile-based applications. The ease of creating the application depends on choosing the right framework that will provide an ideal solution for all types of development problems. It is better that you look for the available plugins and libraries available for the framework for additional functionality. However, there are various factors that will impact your decision.

Below we have mentioned some of the most important ones:

Ionic makes sure that the developed mobile application will be supported by all the latest devices and platforms. Apart from this, the Ionic framework delivers high speed and offers compatibility with all mobile devices, irrespective of the underlying operating system.

The functionalities of Angular and Ionic, when combined, offer developers a great platform for building fully-functional and robust mobile applications.

In this article, we have mentioned all the possible reasons why you should go for the Ionic framework. To sum it up, Ionic enables speeding up the development process while saving development time, effort, and cost.

Ionic framework is an open-source UI toolkit that lets you develop top-notch, high-performance mobile, desktop, and progressive web applications using HTML, CSS, and JavaScript. It lets you do this by integrating with popular web development frameworks, such as Angular, Vue, and React.

HTML, CSS, and JavaScript are the languages the Ionic framework leverage.

Ionic is a front-end framework that handles the look and feel and UI interactions of your applications.

As Ionic leverages HTML, CSS, and JavaScript for creating applications, you may find learning Ionic easy if you are already familiar with web development. For absolute beginners, it may take time to learn and master all three web technologies, but it is easy to learn. 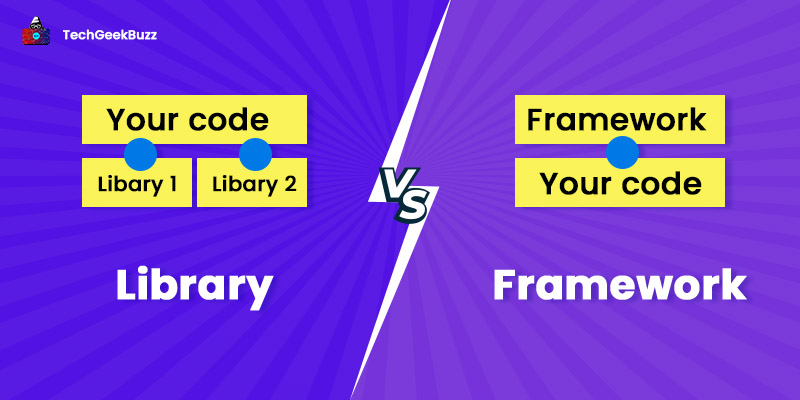 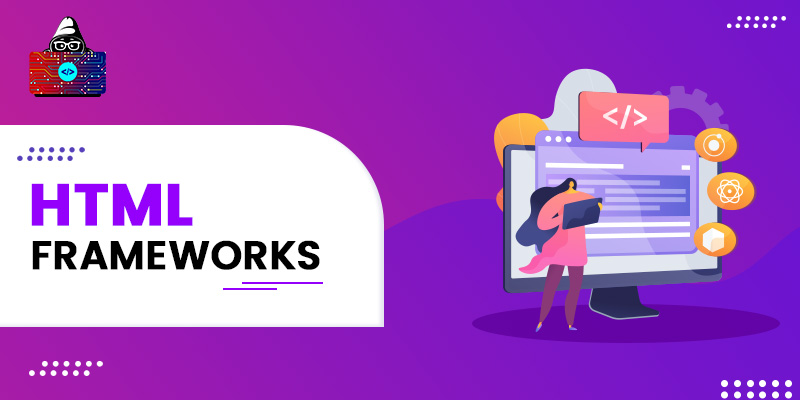 The web development industry has come a long way and is currently ruling over the world. While ever… 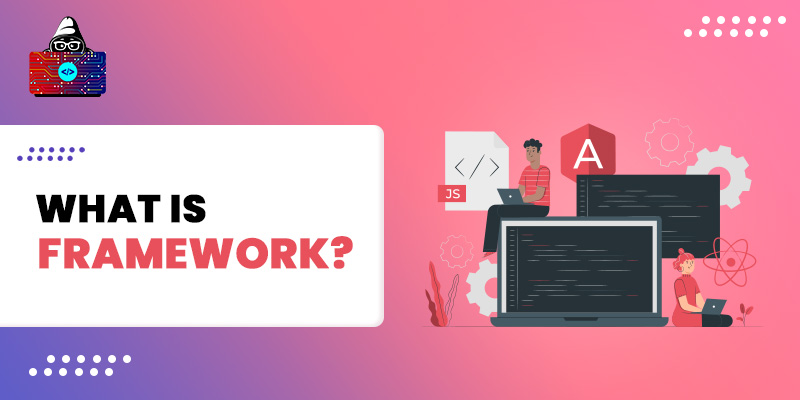