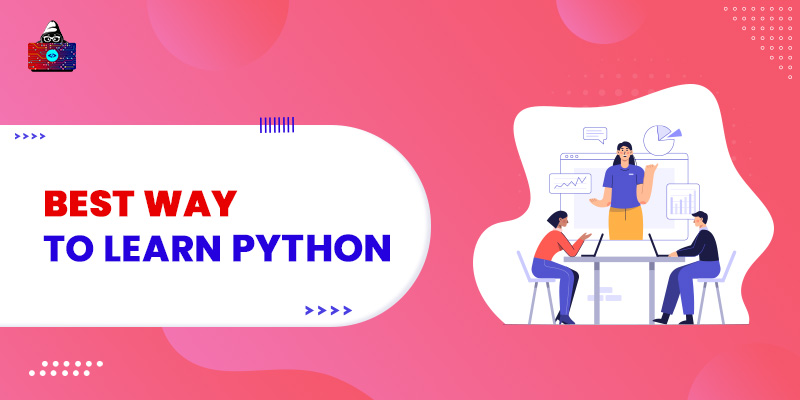 If you are a developer and wanted to grow your programming skills in the modern approach of programming this article is definitely for you. If you have just finished your study and started coding to become a programmer then this is the exact place where you can enhance your skills and add Python to your development career.

In this article we will discuss the programming world’s most popular and rapidly growing programming language of today i.e. when we talk about programming in today's time, Python's name comes definitely. Python is dominated by developers. Python is the leader of the technology world after Java now and this can make you hero from zero in programming just because of its features. But after these all things, you must be wanted to know what is there in Python which makes it different from all other programming languages and why this is so popular. So we will start with the basics about Python and will cover everything about Python’s unique features and how you can learn python in the best way.

Python’s syntax is relatively simple and unique than other languages which can be learned easily. Python is used for server-side Web development, Software development, Automation, Data Science , Machine Learning, and System scripting etc. The queer thing about Python is it can be used to handle big data and perform complex mathematics. Python uses duck typing and allows programmers to define their own types using classes. Before version 3.0, there were two types of classes i.e. old-style and new-style. In Python 3.0, old classes were eliminated.

Example of Python Language Here is a simple program is written in the Python program to calculate the Average of Numbers in a given list. Code:

Why choose Python over other Languages?

Python works for different platforms such as Windows, Linux, Mac, Raspberry Pi etc. Python is very simple that allows developers to write programs in fewer lines. Here we summarize the reasons that why should you choose Python over other languages: -

These are the several reasons explained. Other than this, the enormous Python community is always available there to solve your problem with their strong documentation, tutorials, guides, and examples to help you along your way.

As there are many languages available in the market to use for web development but why and how Python is different from them are remarkable factors. The features which make it popular to use are:

In summary, Python is:

How to learn Python Quickly?

There are various ways to start learning Python for beginners as well as advanced learners. If you are a Web developer or a Java developer, Python pays off to learn because learning more than one programming language not only improves your knowledge, experience, and enhance your skills but also increase your chances to be in polyglot programmers i.e. who know more than one programming language for companies who value for it. The best way to learn anything is the study and research about that thing. Here are some Tips to Learn Python Quickly:

There are lots of online and offline courses available to learn Python. The resources are many; all need is how much you are interested to learn. Here are some best courses we have listed for you from Udemy and Pluralsight to Learn Python in 2020.

1. Python for you and me

Pym is an online eBook to learn Python which has all about Python starting from the basics to programs also. This book is targeted for beginners who are completely new to Python.

This book is based on the exercises which include 52 various exercises that teach a lot of python concepts. The book is hard in the start, and then you will start enjoying it.

This is a free eBook for beginners in Python. This book will teach you Python version 3.

The very famous book ‘Head First Python’ will enable you to quickly grasp Python's fundamentals, working with the built-in data structures and functions Here we are listing the complete tutorials: