13 Best Python Features You Should Know 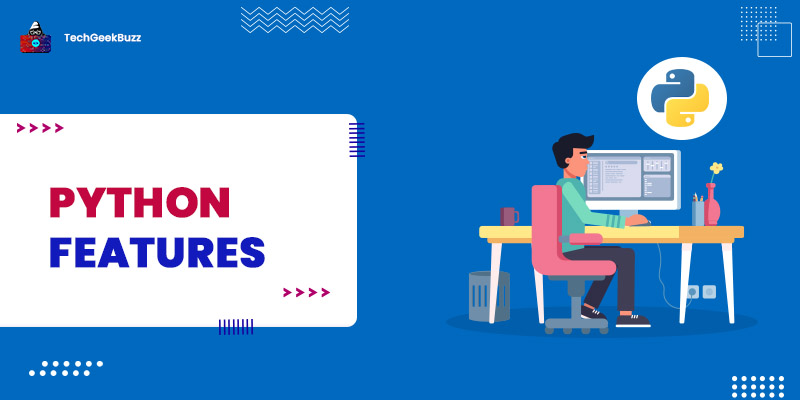 Python is the most used and fastest-growing high-level programming level of 2018-19. Every day more and more developers are accepting python for their projects. Due to its versatility, Python is everywhere, from desktop software to Data Science . It possesses an insane number of libraries that provides python an edge over other programming languages.

Python has syntax, and you can make effective programs using less code, a 100 lines of program code in other high-level programming languages can be done under 40 to 50 lines in python. The main feature of Python, it is an ideal programming language for both beginners and professional developers.

Here in this article, we have provided some most important features of Python, and these features will make you opt for Python for sure.

Python contains the easiest syntax as compared to other programming languages, and with less code, you can make effective programs. If you are new to the programming world, Python is the best programming language for you. The easy syntax and code are the factor why python is used for the complex algorithm of Machine learning and data science.

When we write code, there is always a chance that code contains errors and bugs. If we talk about C++ and Java, they contain debugging errors because they use the compiler as a translator, and it's very difficult to debug in compiler-based programming languages. But Python uses an interpreter, and it makes it easy to debug the code. The interpreter shows the exact line of code where it found the error because, from there, it stops executing.

5. The insane number of libraries

What could be better than a free-to-use programming language? We can use python to create our own application, and for that, we do not have to pay anyone. We can simply download Python into our system for free and use it for our own purposes.

Python uses an interpreter to execute its code. An interpreter is basically a translator that converts the high-level program code to machine language so the machine can understand the code and perform the passed instruction. The interpreter has its own advantages and disadvantages. The most important factor of the interpreter is that it comes very useful while debugging the code. The interpreter executes the code line by line, so it makes it easy to find the error line or bugged line.

Python is very portable, and by portable means, the python file written in windows can be run on Mac or Linux-based system, and we do not need to make any changes in the code; the condition is that system must have python installed in it.

Apart from console base applications or programs, we can make GUI applications using Python because the language provides us with many libraries like PyQt5, Tkinter, etc.

It supports many syntax and libraries of the C programming language , an integrated part of Python.

With Python, we can create databases using SQLite and MySQL . Python comes with the support of SQLite database.