Unix vs Linux: Difference Between Linux and Unix 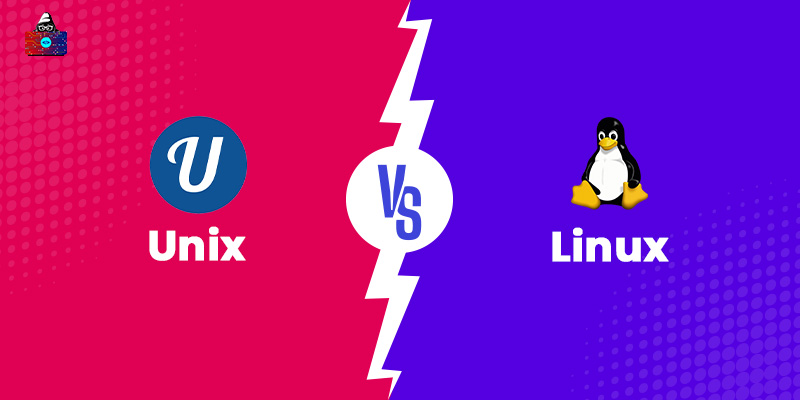 The difference between Unix and Linux i.e. Unix vs Linux is a prevalent interview question. Many newcomer developers confuse UNIX with Linux because of the resemblance in their names, similar command features and overlapping applications.

Compared to other operating systems, software developers like to work on Linux-based operating systems because they are free and provide more security. However, as many developers are unaware of the term UNIX, they use Unix and Linux interchangeably.

Another major reason for confusing Linux with Unix is their terminal commands. Both operating systems share most of them. Confusion no more, as here, we have provided a head-to-head comparison between Unix and Linux, but before that, let's have a look at the brief history of the two.

Unix came into existence before Linux in 1969. It was developed by AT&T employees at Bell Labs. The main idea of designing Unix was to develop an operating system for PDP-7, which would be a multi-tasking and multi-user OS. Unix was written in C language, which makes it portable and closer to the hardware of the system. At that time, there were limited portable operating systems as most of the operating systems were tightly linked to a specific set of hardware platforms.

The portable nature of UNIX made it popular among the developer community and soon it was adopted for academic, research and even commercial purposes. Unix was not free and Bell Labs started selling it as Unix software with its owner, AT&T. The operating system was highly used for academic purposes and many universities bought Unix software from Bell Labs.

Linux itself is not a complete operating system , on the contrary, it is just an OS kernel that is at the core of any operating system based upon it. A Linux distro can be considered as a complete Linux operating system, which uses Linux as a kernel, such as Ubuntu and Linux Mint. Linux came into existence way after UNIX in the early ’90s.

Introduced as a UNIX-like operating system, it was placed among the best derivatives of UNIX, just like BSD. In 1992, Linus Torvalds was curious about the working of operating systems. So, he decided to make one of his own and started to work on an operating system kernel, which eventually became Linux.

Torvalds used MINIX, which was a Unix-like operating system whose source code although was available for free but because of some licensing issue, it was prevented from being distributed as a free software. At that same time, Richard Stallman was working on project GNU (GNU not Unix), but by far he was able to create some utilities and other programs, and yet needed a kernel because without a kernel there is no open-source operating system.

Later, the Linux project of Torvalds started growing and the GNU tools and utilities of Richard gave birth to a new open-source operating system, which soon overthrew the popularity of Unix. It was the Linux kernel.

Unix vs Linux: A Head-to-Head Comparison

Here, you will get the complete Unix vs Linux comparison in a tabular manner, so that you can understand things more clearly. So, check it out:

Not Unix vs Linux: The Similarities

That sums up the comprehensive head-to-head comparison between Linux and Unix i.e. Unix vs Linux. To conclude, Unix is the main operating system and Linux is one of its family members. There is no doubt that Linux has overpowered Unix, because of its open-source nature and, of course, a huge community.

Now there are way more Linux distros than Unix derivatives, and even servers are adopting Linux over Unix. The frequent updates and growing open-source distros also hyped the popularity of Linux among developers and other common users. There is, however, no denying the fact that without Unix, there would never have been Linux.

Developed by Linus Torvalds, Linux is an open-source operating system that has a community of huge developers who work together online to contribute to the OS. On the flip side, UNIX is developed at AT&T laboratories by different vendors and non-profit organizations.

Yes, Linux is a UNIX variant developed on top of Minix, which is the variant of UNIX.

UNIX is basically a monolithic kernel. The reason is that all the functionality of UNIX is compiled into one big module of code.

Yes, Linux is more secure than Windows and UNIX because it does not frequently get infected with malware, such as worms, viruses, trojans, etc. Also, there is no need to use antivirus software for Linux systems.