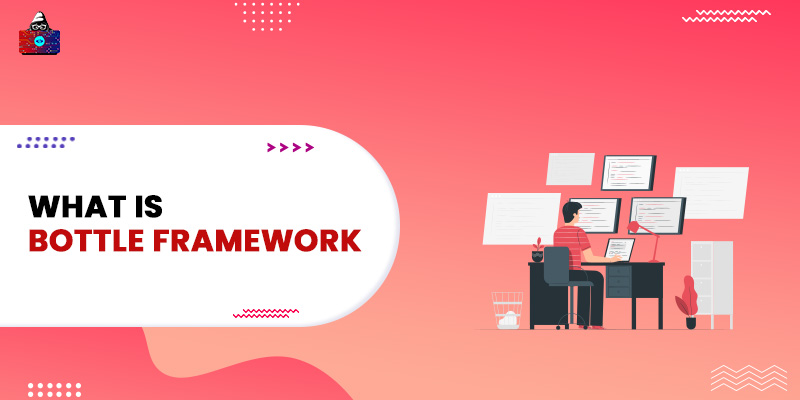 The bottle is one of the minimal Python web frameworks. It is an ideal web framework for a single page or small web application. Unlike Django, it is not monolithic and does not impose a specific pattern on the user. If you have some random small ideas and want to implement them quickly, then Bottle is for you.

Bottle itself is contained within a single file. It has no external dependencies you can even copy its official code module from GitHub, paste it into your project module and start building web applications.

The bottle is perfect for those who are just getting started with Python and web development. It is one of the best python web frameworks for prototyping. Users can implement simple ideas quickly and efficiently.

Bottle framework can run on both versions of Python(2.x and 3.x).

The complete bottle framework is a standalone Python module we can even use bottle.py in our project module and start building bootle-based web applications.

Because of its lightweight and fast performance, it is widely used to write JSON data and REST APIs.

Although the bottle does not have any dependencies, we can use extra plugins or extensions to deal with all the popular databases.

Bottle support Request function-call mapping, in which it maps the URL to a specific view function.

Get Started with Bottle

The bottle is a Python web framework which means it uses Python as its programming language, so it goes without saying Python must be installed on your system before you run any bottle web app. To know how to install Python on your system, click here .

To use the bottle framework, we first need to install it for our Python environment. To install the bottle, run the following pip install command on your terminal or command prompt.

When you run the app.py on the terminal, it will run a server. Now, open http://localhost:8080/ on your web browser, and you will see a similar output.

To conclude this article, we discussed what Bottle is, why to use it, what its features are, and how to get started with the bottle framework. The easy-to-understand and write syntax of the bottle makes it one of the best python web frameworks for beginners. It is an alternative to the Flask framework if someone is just getting started with Python web development.

Yes, Bottle is a lightweight, fast, and easy-to-use micro-web framework for Python. It is a Web Server Gateway Interface (WSGI) framework with no dependencies other than the Python standard library.

To install Bottle on Windows, use the command pip install bottle.

Bottle is compatible with both Python 2.x and 3.x versions, WSGI support, an in-built templating engine, supports Request function-call mapping, and allows you to write JSON data and REST APIs.